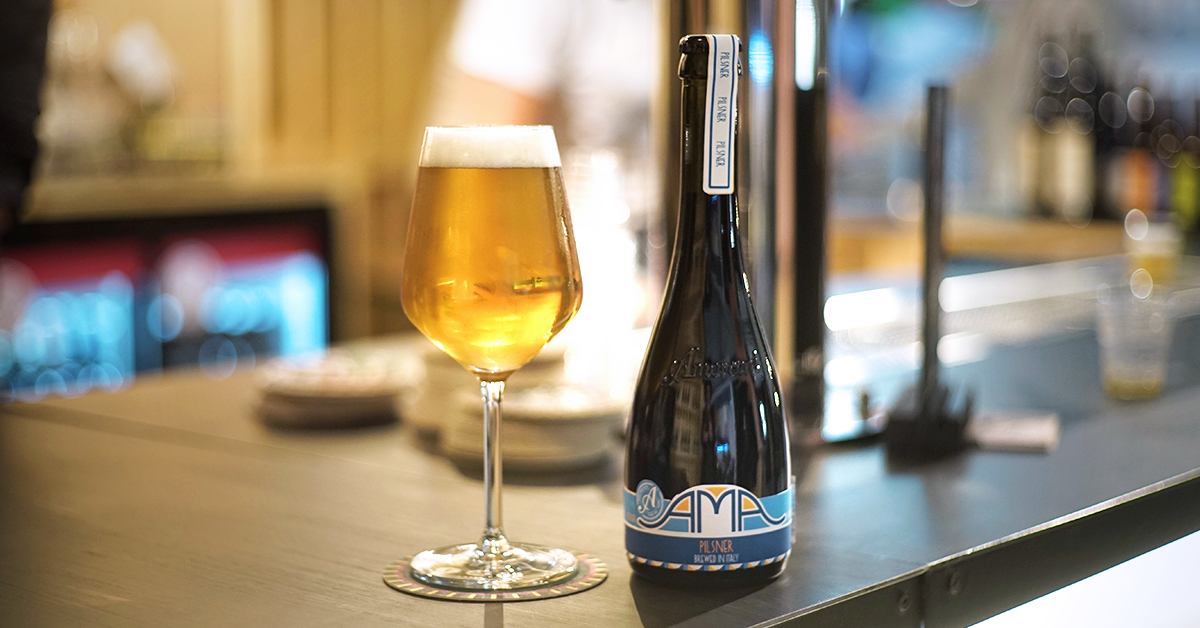 As we already told you, the luckiest have been able to preview it at some of the trade fairs we took part in (Beer Attraction, TuttoFood Milano, Vinitaly). We have desired, imagined, studied and tasted it for so long and can now finally say, AMA Pilsner is officially ready!

AMA Pilsner is the fourth in the AMA line, Birra Amarcord's international beer brewing project, which took its cue from an overseas meeting in New York with Brooklyn Brewery brewmaster Garrett Oliver and internationally renowned designer Milton Glaser the man who, among other things, designed the "I Iove NY" logo. The AMA line BEERS are elegant, fragrant and rich in personality, conceived for the world of catering but also at ease on a pub  counter; their name is not simply a contraction of Amarcord but above all a love message for Romagna. 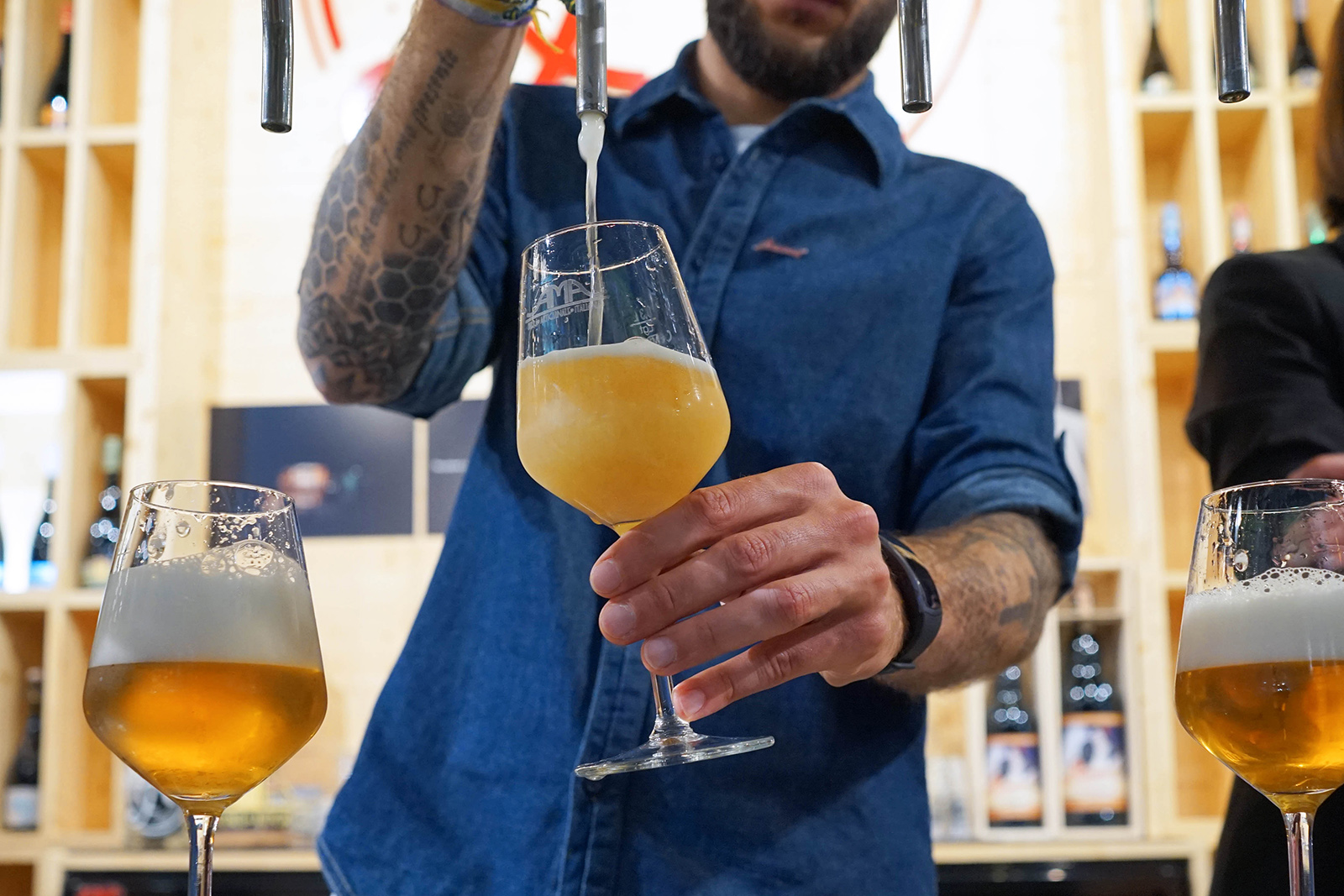 If there are not two without three and the fourth comes by itself, then AMA Pilsner goes to join the triptych as a fourth musketeer; In Pilsner hops are the real soul, and in particular, Noble hops play a key role as does the fact that the beer is not filtered.
At the bottom of production philosophy lies the stringent respect for ancient mid-European brewing traditions, clearly interpreted in an Amarcord way. Ingredients also include hop flower cones which give the beer a fresh and herbaceous aroma which you are sure to taste right from the very first sip.

AMA Pilsner has a straw yellow colour, a persistent, white and creamy foam and a fine perlage.
In addition to the fresh, herbaceous aroma, when you drink it you will also taste hints of honey, chamomile and dandelion which team up with those of malt.
It is a very refreshing and easy drink we feel sure you will enjoy a lot this summer! 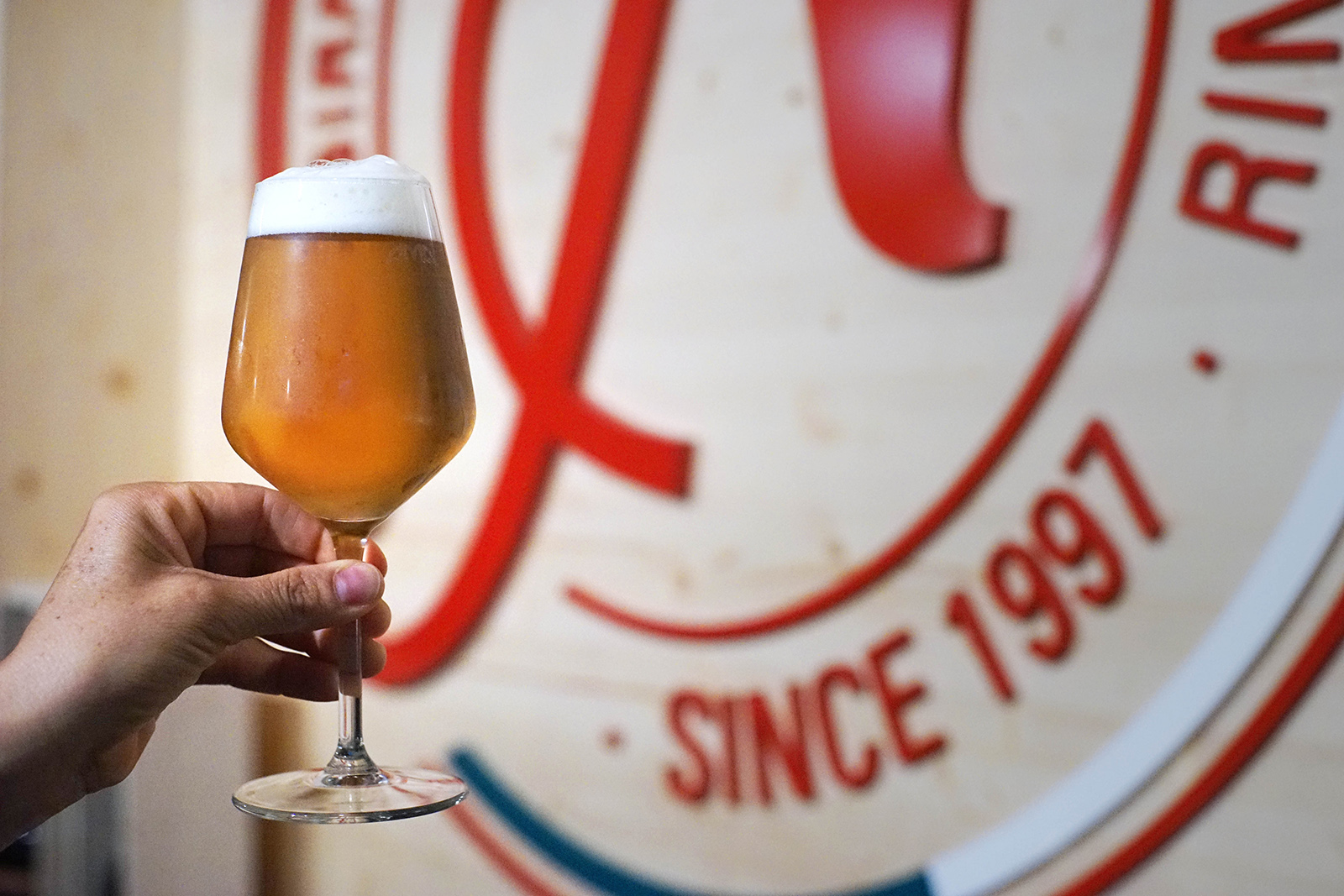 As for the dishes to enjoy it with, both in restaurant and at home, we have imagined it as an aperitif beer or to accompany starters. Its bitter note and final dryness stimulate salivation and prepare the palate for the meal. Our Master Brewer Andrea Pausler has imagined it as an entrÃ©e of a menu based on delicious flavours such as fish dishes (also fried, why not), cold cuts, light sea dishes like a mussel sautÃ©.
It is also great in combination with bitter herb preparations such as artichokes or to accompany a delicious asparagus risotto.
In Rimini we will of course enjoy it with a good piadina, maybe with rosole and squacquerone cheese or with a good fish fry on the beach, at sunset after a long workday.

As you will have noticed, we at Birra Amarcord also attach great importance to aesthetics and that is why we took advantage of the opportunity to add the "Birra Amarcord" stamp on the labels of the AMA line; you will in fact see that AMA Pilsner too has its own logo, which now distinguishes all the Birra Amarcord labels. 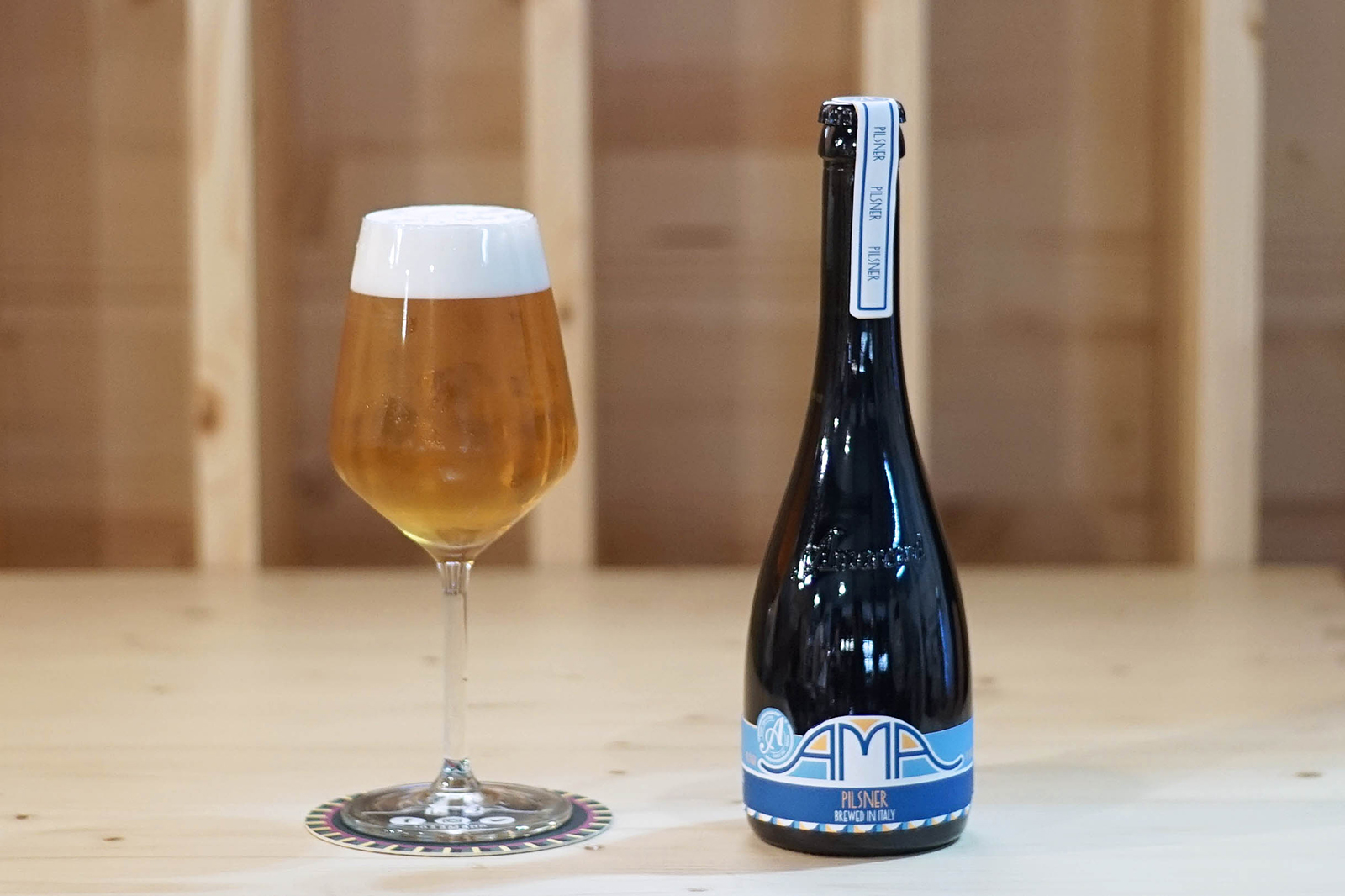 To better understand this new project of ours, we asked Andrea Pausler, our master brewer, a few questions.

Andrea, do you think Birra Amarcord's AMA Pilsner has some extra features over standard Pilsner?

"The first feature which should be mentioned is the use of hop flowers, and in particular Spalter Select, which is harvested and selected for us by a small German quality-hop supplier in the Spalt area ( located in Bavaria), a town famous for hop production."

AMA Pilsner also undergoes a dry-hopping phase, doesn't it? Which hops are used?

"Hop flowers are used in the boiler and give AMA Pilsner both its pleasant bitterness and the many aromas and flavours of Spalter Select. To complete the bouquet, making the beer even more characteristic, some dry hopping is also performed, but in this case the Spalter Select is infused at the end of fermentation/start of cold maturation.

Another feature is that AMA Pilsner undergoes a long maturation phase and is usually ready to be bottled after at least 50 days, which is equivalent to 1200 hours from the date of production. It must also be stressed that the beer is not filtered, but bottled as it is."

Do you think AMA Pilsner has any features which no other Amarcord beer has?

"I believe that beer can speak for itself; after all the attention given to it, I think we can be really proud of what I hope will become the flagship of the innovation process which Birra Amarcord is implementing with so much determination. This is a new beginning, and I hope this beer will represent the first step in what will be a historic revolution."