Doppelbock A, the new Limited Edition aged in casks 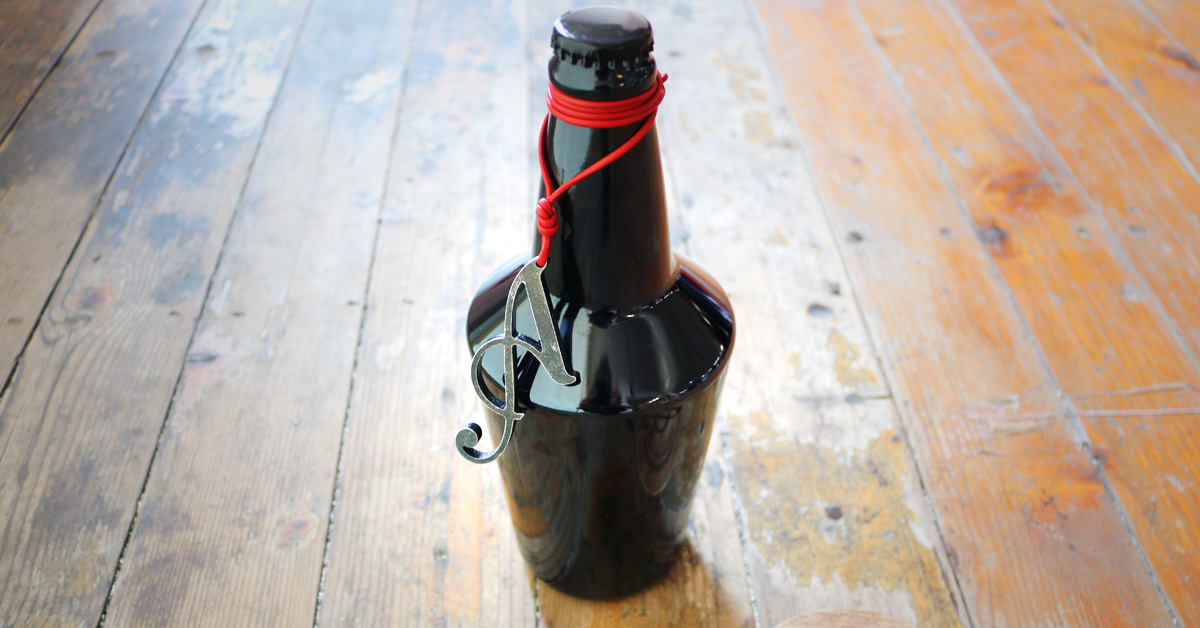 We are impatient to present the latest addition to the "Birra Amarcord" range. During its gestation period it has been given lots of nicknames, one of the best being "La Clandestina" (The Stowaway), thanks/due to the absence of a label and its "total black" style bottle. Now that it has officially joined our Limited Edition range, it has a name all its own, very simply: Doppelbock A.

Doppelbock A is the story in bubbles of the encounter of beer and wine because it is the upshot of collaboration between two artists and our brewery: Oliver Wesseloh of the Kreativbrauerei brewery and Davide Bigucci of the Podere Vecciano winery. Oliver is a brewer and world beer sommelier champion in his category in 2013. Davide is an oenologist and owner of the organic farm Podere Vecciano, set in the gently rolling hills behind Riccione, a land dedicated to wine-making since ancient times and which today, thanks to painstaking endeavours in the field and in the winery, produces wines that fully identify the terroir. A crucial contribution has come from Davide Bigucci, who not only provided the French oak casks, but above all added his highly-precious know-how as regards ageing the wine inside them. 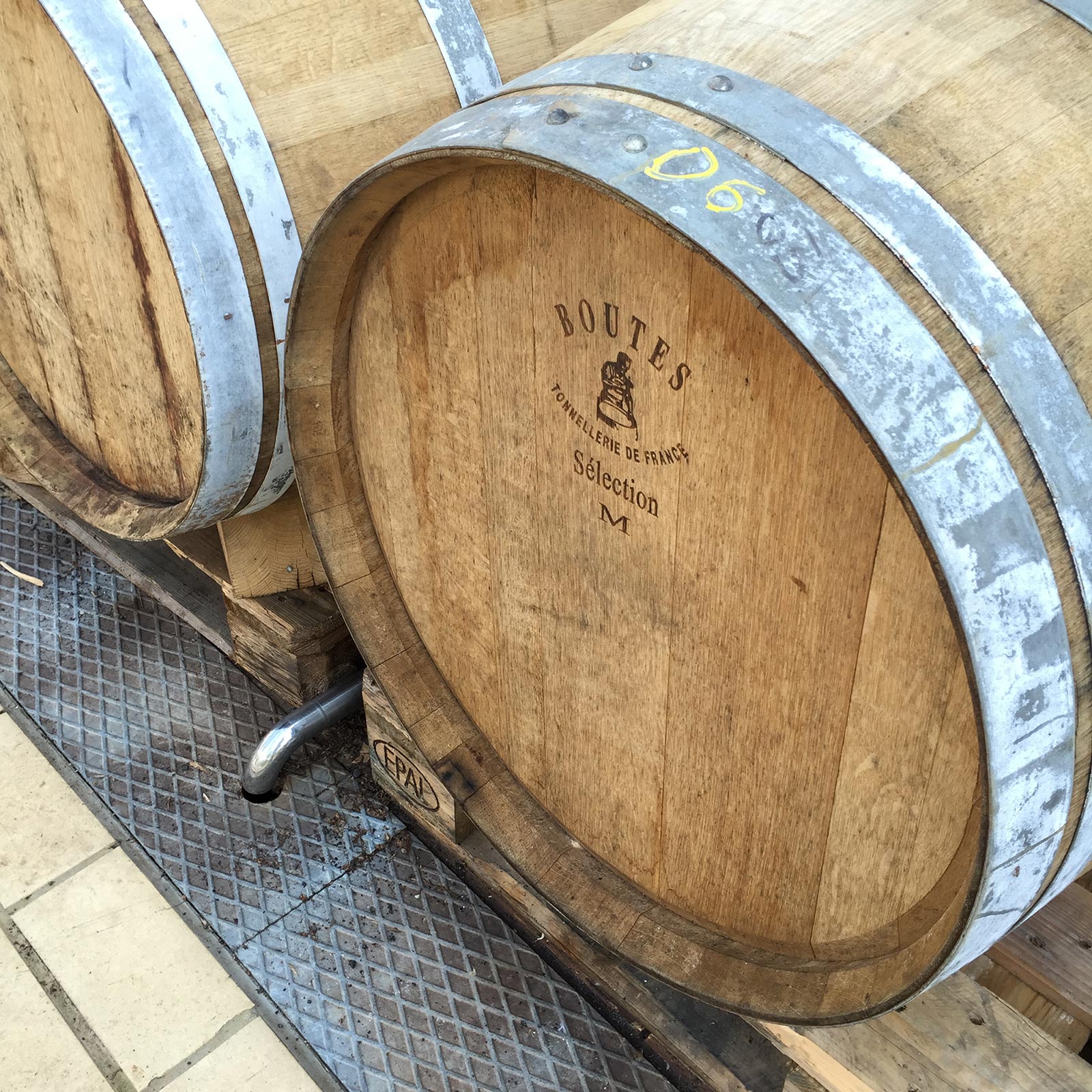 The result of the long procedure, which saw everyone busy for several months, is a beer of great and elegant complexity in terms of fragrance and taste, with a deep mahogany red colour and which in the final stage has undergone slight re-fermentation in the bottle. 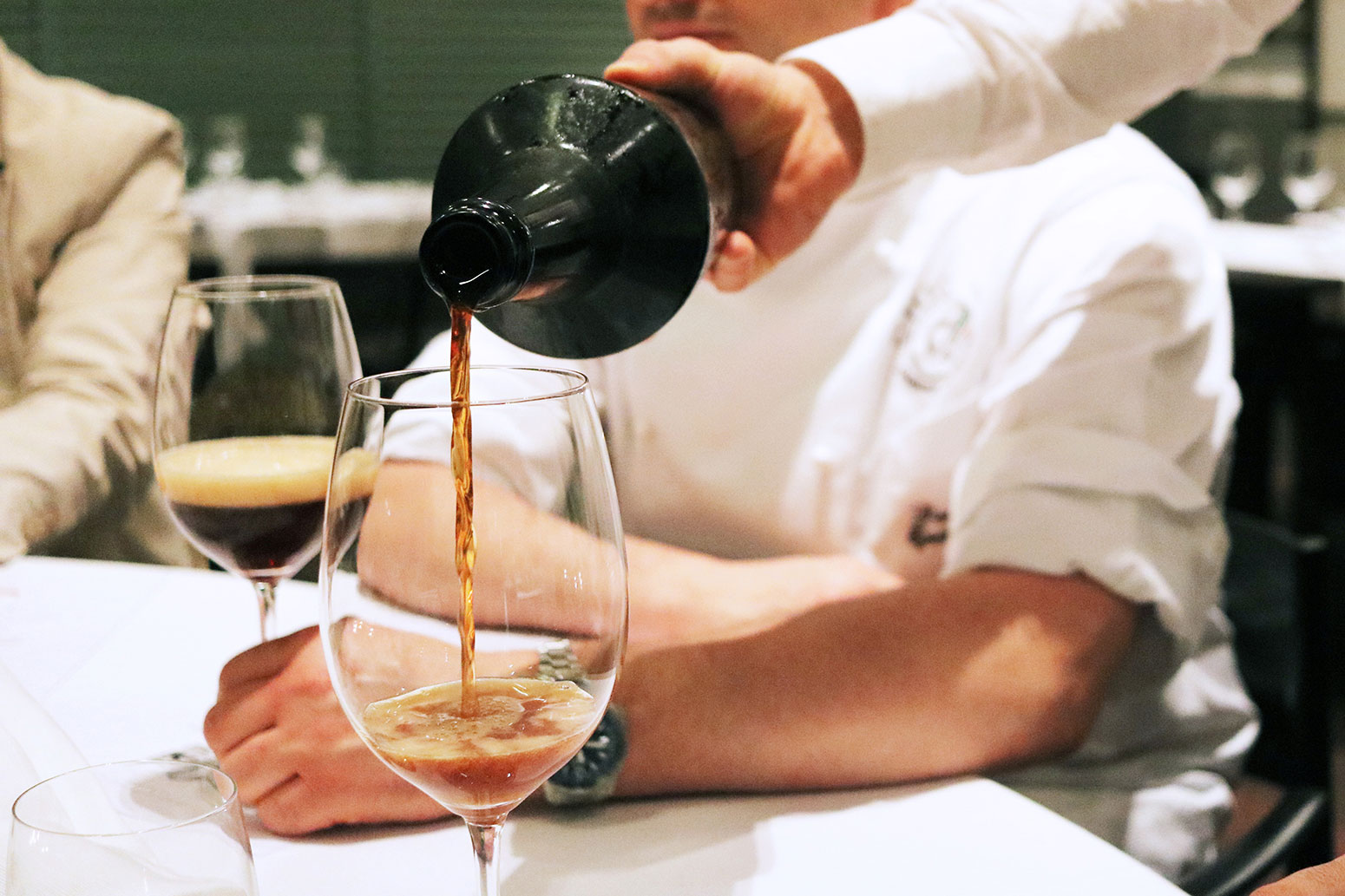 Its bouquet is intense, with persuasive notes of caramelized fruits, raisins, brandied cherries and cranberries, with a slight spiciness given by the yeast used in fermentation, and again, ripe berry notes and hints of toasted wood and red grape pomace.

The flavour is strongly enhanced by aging in wood casks, with a slight but distinctly perceptible acidulous and bitter taste which makes this beer particularly clean and refreshing.


We asked our Master Brewer, Andrea Pausler, to tell us more about the particular features of Doppelbock A Amarcord and its production process. Who better than him to enlighten us in this respect? 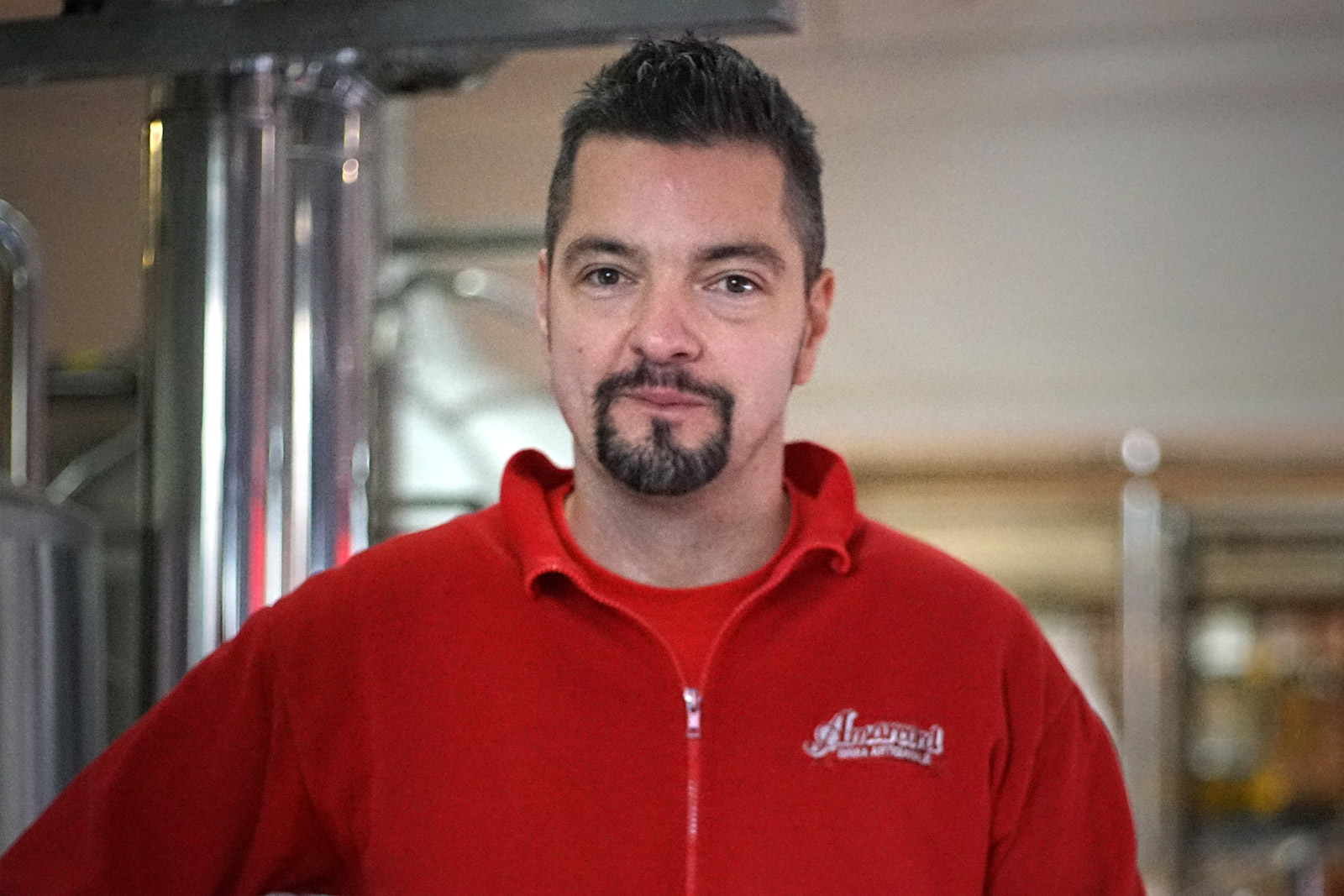 Andrea, how did the Doppelbock A Amarcord "adventure" start? How did it develop and how is the beer aged?
"First of all, the must undergoes slow primary fermentation at 22Â°C which permits the development of typical style aromas. After about two weeks, and complete attenuation, the temperature is slowly lowered. This marks the start of the four-week maturation stage, during which the aromas stabilize. The yeasts are then removed from the mature beer and this undergoes a dry-hopping process which consists in adding hops directly into the maturation tank. Once the result has been confirmed by means of internal sensorial assessments, the beer is then prepared for the important aging process in French oak casks. This is a rather long stage which characterizes this production process."

So, after dry-hopping, there are two crucial stages, right? The first is decanting isn't it? Tell us about the Doppelbock A decanting process?
"Yes, after the dry-hopping stage, the beer is decanted into suitably prepared casks. This operation is performed manually under carbon dioxide atmosphere, and also slowly, to prevent the formation of foam. The barrels are then placed in well protected premises, where there are no temperature fluctuations and excessive changes in relative humidity." 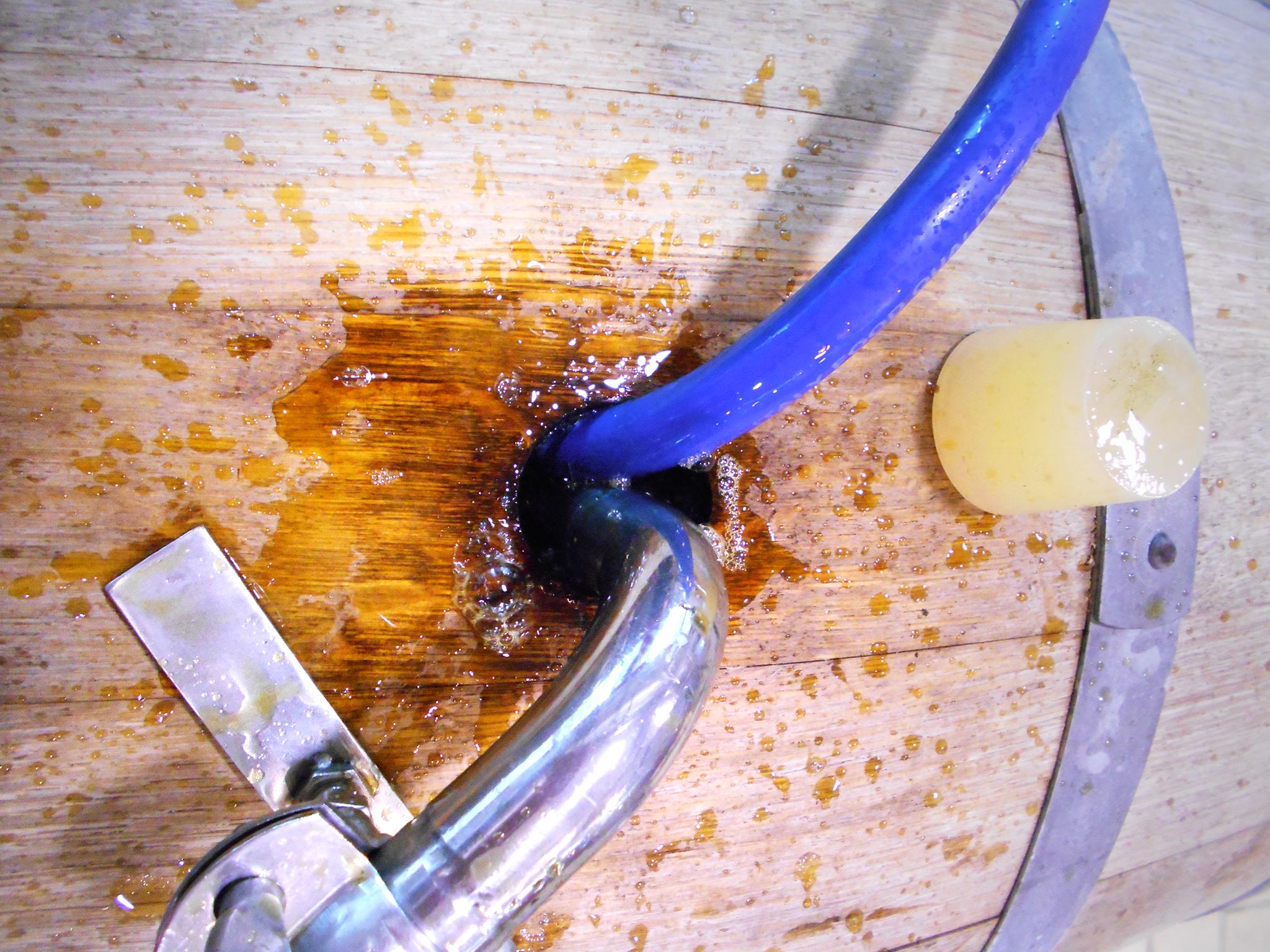 After decanting, does the all-important aging process in casks start? Does the beer undergo sensorial changes?
"Yes, precisely. This is a very important and complex stage during which the beer undergoes profound sensorial changes. Several factors come together at this point - the micro-oxygenation made possible by the wood, the precious activity of specific wild yeasts and other micro-organisms that live in the casks and naturally colonize the wood, all important for achieving the end result, and the precious aromas which the wood of the casks is in itself able to release during the contact period."

Does any tasting take place during the aging months?
"Yes, numerous tastings take place during the aging months and also many assessments to monitor how aging is progressing. In this stage, the assistance of Davide Bigucci of the Podere Vecciano has been crucial for identifying the ideal moment to interrupt the period of contact of the beer with the wood. From the casks, meticulously checked one by one, the beer is again transferred into a maturation tank. This is a very important step inasmuch as it permits a first objective assessment of what will be the end product."

What happens next? Is the beer now ready?
"At this stage, we proceed with re-fermentation in the bottles. This lasts three weeks. Normally the beer is only sold once a few months have passed because during this period of time, it reaches the height of its complexity and aromatic appeal."

Thank you very much Andrea for having told us about the production process of this magic beer in such a detailed way. 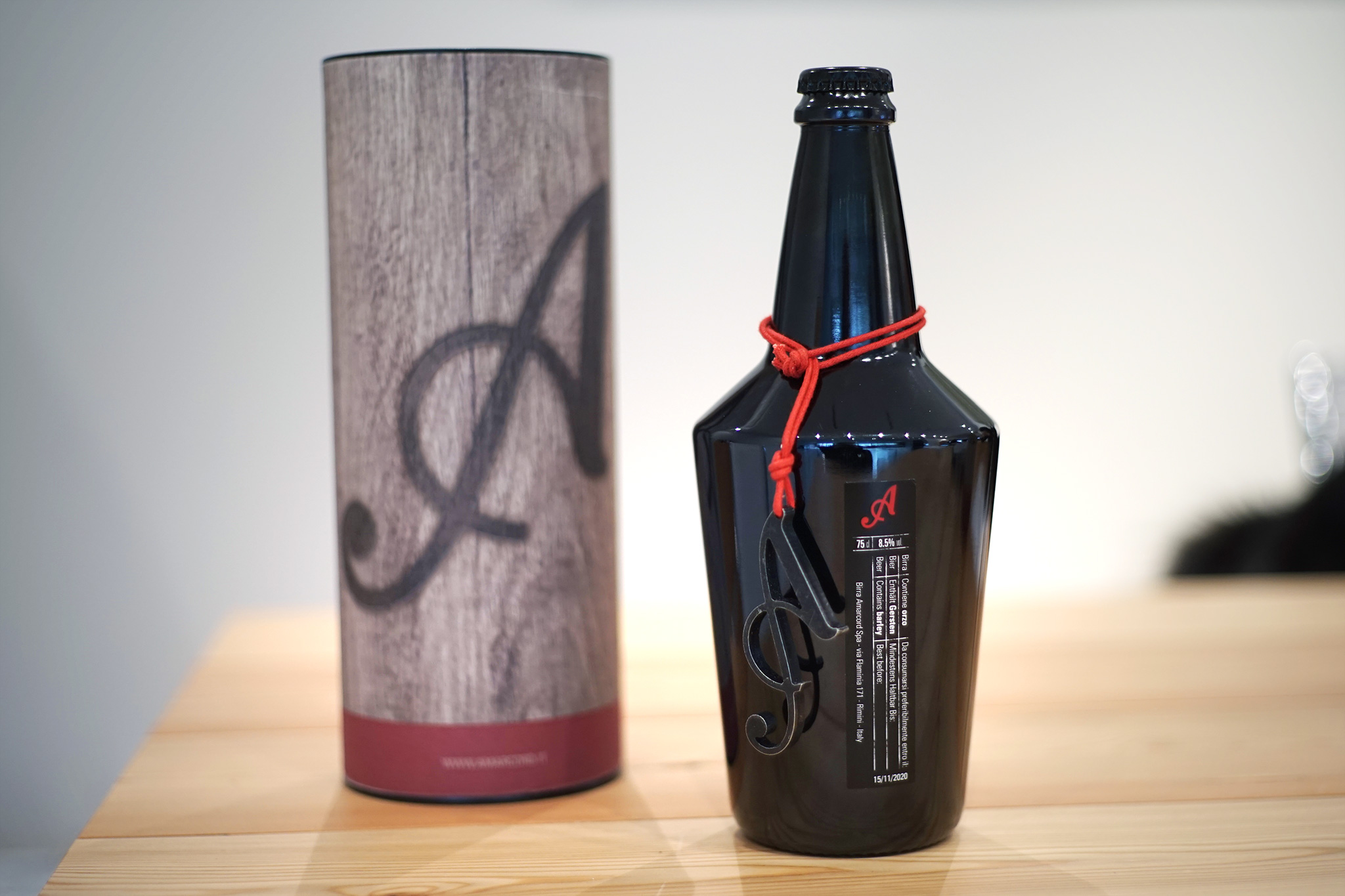 We can therefore say that Doppelbock A is a celebratory or meditative beer; a "slow" beer to be calmly enjoyed. While you are savouring it, imagine the long process which this fantastic product has undergone to reach you and give you all the intensity you perceive in the glass.

And now, raise your glasses to drink a toast to the new arrival! 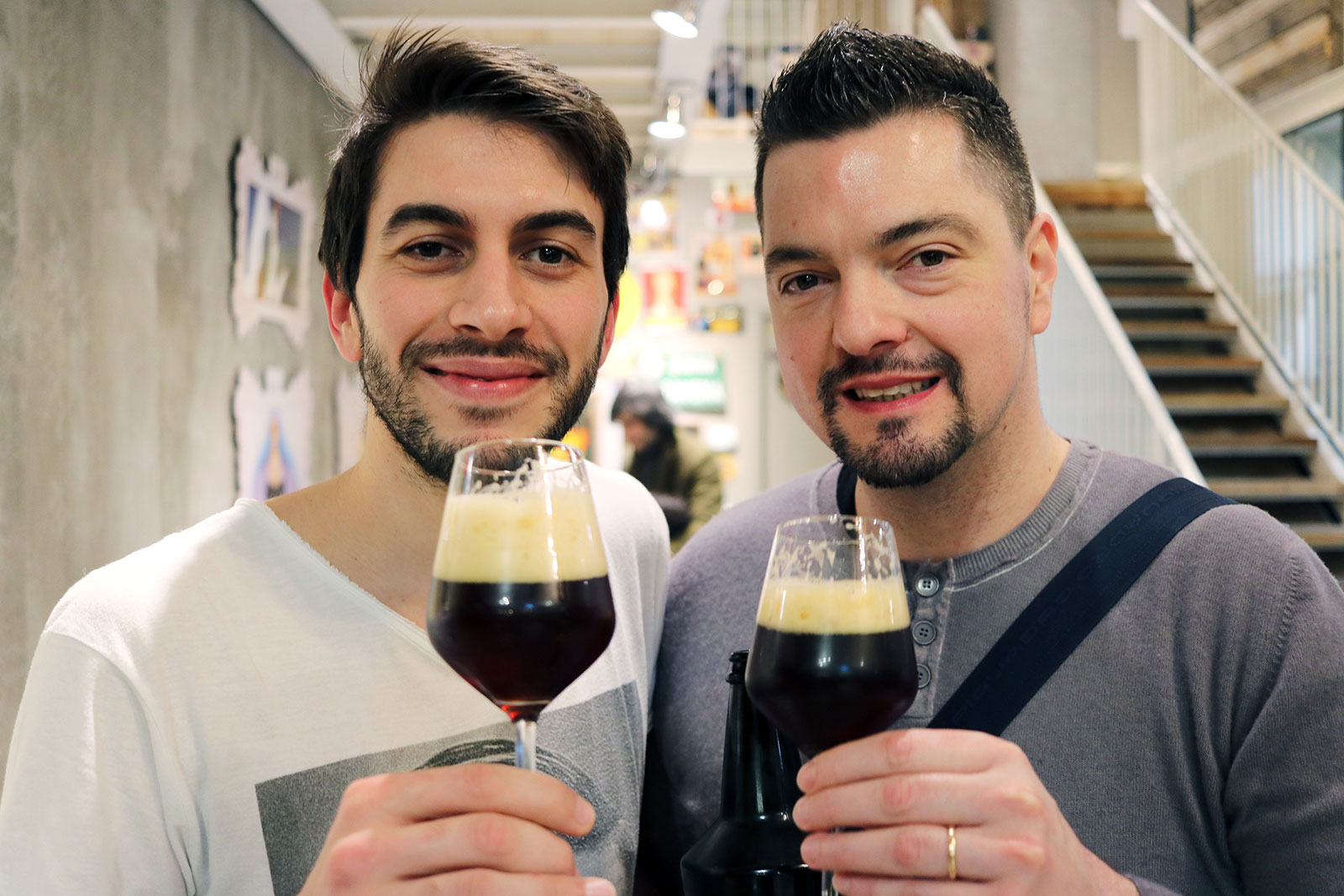